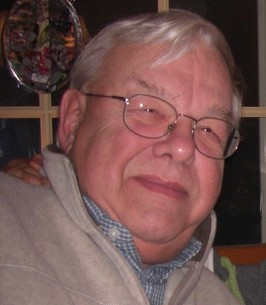 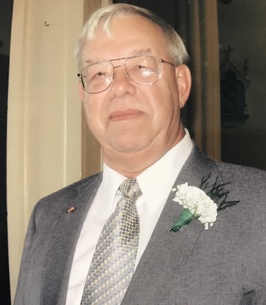 Share this tribute
Memorial Candles Lit for James | SEE ALL
Light a Candle
"We are honored to provide this Book of Memories to the family."
— LaVigne Funeral Home
Funeral Details Memory Wall Photos & Videos Send Flowers

Winooski - On November 16, 2018, Dr. James J. Ticehurst of Winooski was called from his earthly life to God's heavenly kingdom. He was born on December 7, 1939 in Burlington Vermont to Alfred L. and Lillian M. Ticehurst, both of whom have predeceased him.

He graduated from Winooski High School, held an undergraduate degree from Trinity College in Burlington, a master's from St. Michael's College and a Doctorate in Education from Nova Southeastern University in Florida.

Dr. Ticehurst served his country in the National Guard for over 13 years during the 1960s and 1970s and was proud to wear America's military uniform.

He leaves behind his beloved wife of 60 years, Margaret (Peggy), whom he always considered not only his wife and best friend, but the very essence of his entire existence. He is survived by his family that he loved deeply. His son Michael and wife Louise Ticehurst, daughter-in-law Brenda Ticehurst, his granddaughter Alexandria and husband Christopher Mount, his grandson Nicholas Ticehurst and his great-grandchildren Winnifred and Arthur Mount. He is also survived by his brother-in-law and sister-in-law, Anthony and Katherine Martello as well as his sister-in-law Theresa Ticehurst, and many nieces and nephews.

Besides his parents, James is predeceased by his youngest son Stephen Ticehurst, his brother Alfred and a sister Joyce as well as all his many aunts and uncles. With Jim on his way to heaven, there should be a great family reunion once he arrives.

He served on many community, public and private boards & commissions, and he served 8 years as member and chair of the Winooski School Board of Trustees and Treasurer for the City of Winooski for 4 years. He served many other organizations; as a Chief Financial Officer, Executive Director, and Financial Manager. For over 27 years, James taught at Champlain College and considered it a privilege, known to many of his students as "Dr. J" a title he relished.

Jim was a parishioner of St. Stephen Parish in Winooski, served the parish as a lector, and for several years also served on the parish Finance Committee.

Calling hours will be Friday November 23rd from 4:00 pm to 7:00 pm at LaVigne Funeral Home and Cremation Service. A Mass of Christian Burial will be held at St. Stephen's Church in Winooski, VT on Saturday November 24th at 11:00 am. Final internment will be at St. Francis Cemetery directly following services. Condolences may be shared at www.lavignefuneralhome.com.

We encourage you to share any memorable photos or stories about James. All tributes placed on and purchased through this memorial website will remain on in perpetuity for future generations.

CN
My condolences to the family. I worked with Jim when I was a professor and business program director at Champlain College where he taught as an adjunct for many years. Even many years before we met. We shared more than a few laughs and worked together towards student success. He had an impact on many Champlain graduates through the years and I know he was proud of his teaching achievements.
Charlie Nagelschmidt - Wednesday November 21, 2018 via Condolence Message
Share This:

JL
Peggy & family: Please accept our sincere condolences on the passing of Jim. He was an exceptional man always greeting us with a smile. He will be missed.
Jim & Gale Lefebvre - Monday November 19, 2018 via Condolence Message
Share This:

GS
My condolences. Jim was a great colleague and friend. I used to enjoy talking to him when we would meet. RIP
Gary Savard - Sunday November 18, 2018 via Condolence Message
Share This:
1
Page 1 of 1
Share
×

Thank you for sharing!

Provide comfort for the family by sending flowers.

Or use your email:

Share on Facebook
Send flowers to the family
Choose from beautiful standing, table and basket arrangements. Safe and secure online ordering.
View Flower Arrangements
What has already been purchased for the family?
Family Log-In

Connect with families at their time of loss. By subscribing to email updates, you will receive two daily updates containing all new stories, photos, candle lightings, condolences, and more.