To share your memory on the wall of Daniel Fuller, sign in using one of the following options:

Provide comfort for the family of Daniel Fuller with a meaningful gesture of sympathy.

Daniel graduated from CVU and attended 2 years of VTC. He worked for Omega in maintenance. He took pride in his work, and the many years he spent building the foundation for The Crate Escape.

Daniel was truly one of a kind and it's truly hard to put into words how this loss has pained us all.

Calling hours will be at LaVigne Funeral Home, 132 Main Street Winooski, on Friday December 21st from 1-3pm with a service at 3pm. A graveside sevice will follow in the Spring.
Read Less

We encourage you to share your most beloved memories of Daniel here, so that the family and other loved ones can always see it. You can upload cherished photographs, or share your favorite stories, and can even comment on those shared by others.

Posted Jan 04, 2019 at 06:16am
I am truly sorry for your loss, please accept my sincere condolences. I hope the Fuller family find comfort and strength in Jesus promise along with our heavenly father Jehovah of the earthly resurrection found at John 5:28, 29, when death will be eliminated forever Revelations 21:4. Truly, what a glorious and unbelievable day that will be! It's a reality though for God cannot lie!
Comment Share
Share via:
MG

Posted Dec 28, 2018 at 03:15pm
My condolences to the family . I know this is a very difficult time for you right now and no words can express how sorry I am for your loss. Please remember that God can comfort us. So draw close to God in prayer so He can draw close to you to comfort you and to give you that peace of God that surpasses all understanding Philippians 4:6;7).May Jehovah God grant you guidance, strength at this difficult time.

Posted Dec 19, 2018 at 04:13pm
My sincere condolences to the Fullers.
I pray you all feel God's Peace, Presence and
Comfort during this difficult time.
Comment Share
Share via:
TS

Posted Dec 19, 2018 at 03:16pm
I was very saddened to hear the news about Dan. I have many great memories of the time we spent together. He will be missed! 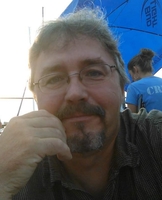