To share your memory on the wall of Mark Lacharite, sign in using one of the following options:

Provide comfort for the family of Mark Lacharite with a meaningful gesture of sympathy.

Print
On Saturday, February 23, 2019 a great man was lost. Mark Francis Lacharite, born on January 21, 1958, and proud son of Lucien and Juliet Lacharite, died suddenly at his lakeside home in South Hero, VT of a heart attack.

Mark enriched the lives of those around him, and for those of us who were fortunate enough to have known him, he blessed us with his humility and kindness. Mark will forever be remembered as an extraordinary man, father and spouse.

Following his graduation from South Burlington High School in 1976, Mark traveled across country to California where he worked as a roofer. He returned to Vermont to care for his ill Father, and watch over his Mother. He started his own property maintenance company before purchasing Burlington-based Investment Property Management (IPM) in 1988. He ran it thoroughly and successfully until he sold it in 2006.

After selling IPM, Mark spent many years working side by side with his only son, Tyler Lacharite, and son-in-law, Damien Sailer. Together, they shared time working on the investment properties that he owned throughout Vermont.

After finishing major renovations to the family's South Hero home, Mark spent memorable years on Lake Champlain together with "love of his life" and fiancee, Susan Arguin. He loved being on his boat in the summer with Sue, spending quality time at McKees hanging with friends, and great dinners at the Blue Paddle and North Hero House just to name a few.

His priorities were simple: family, people, humility, hard work and Rock n' Roll. With no suffering, Mark passed as the strong, willful, independent and hardworking man that inspired and lifted his friends, family and community. He donated to many important charities, including the Red Cross and the local food shelf. Without asking, Mark selflessly donated his time to help friends, family and even strangers.

He took pride in everything he did, including boasting about and spending time with children. As a caring father, Mark leaves behind a piece of his strength, wisdom and spirit with his surviving children Tyler Lacharite of Burlington, Melissa Bresette of Winooski, Jennifer Sailer and son in law Damien Sailer of Milton, many Grandchildren, and fiancee, Susan Arguin of South Hero.

The calling hours are at LaVigne Funeral Home and Cremation Service at 132 Main Street in Winooski, VT on Sunday, March 3 from 2pm-5pm. The Mass of Christian is on Monday, March 4 at 10 AM at St. Francis of Xavier on 3 St. Peters Street in Winooski, VT. A private reception will be held following the funeral service in South Hero. Condolences may be shared at www.lavignefuneralhome.com.
Read Less

We encourage you to share your most beloved memories of Mark here, so that the family and other loved ones can always see it. You can upload cherished photographs, or share your favorite stories, and can even comment on those shared by others.

Posted Mar 02, 2019 at 05:28pm
So sorry to hear news of Mark's passing. So grateful for having him as a year-round neighbor and his help with things on the road. my sincere condolences to Sue and his family! Sue Collinson
Comment Share
Share via:
JV

Posted Mar 02, 2019 at 03:51pm
I first met Mark in 1991 and we soon became best friends, we were inseparable! Mark and his family moved to a great house in South Burlington with a backyard in ground pool and soon became the favorite place for friends and family to visit. I got to see Tyler from just a baby and both young daughters Jennifer and Melissa as they grew up as a great family. Mark was a dedicated family man and loved his family very much. Mark was always a very hard worker and successful business owner who taught me so much about the property management business. I owe much of my business success to all the guidance and inspiration he gave me. Mark was one of the coolest guys I have ever known and can honestly say I never saw him stressed out on the outside even though there were plenty of times when he faced stressful situations. Mark was very generous and was quick to help anyone who needed it. Back then he had his trademark ponytail hair and loved driving fast in his BMW. Mark was a total class act. He loved AC/DC and I will never forget going to Montreal with him to see them in concert. He was grinning from ear to ear the entire concert! I want to wish all of his family and wonderful fiancee Susan my most sincere condolences but want to concentrate on celebrating his amazing life as I know he would insist on doing. I love you Mark with all my heart and thank you so much for the privilege of having you as a friend.
Jeff Vos
Comment Share
Share via:
HS

Posted Mar 02, 2019 at 03:03pm
To a truly wonderful man and unforgettable friend. We offer our most sincere condolences to all his family and friends. Jeff and Angel Vos

Flowers were purchased for the family of Mark Lacharite. Send Flowers

Posted Feb 28, 2019 at 08:16pm
So sorry to hear of Mark’s passing. He was a wonderful cousin, full of life and left us much too soon.
Comment Share
Share via: 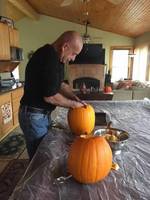 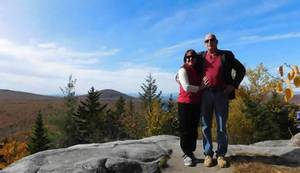 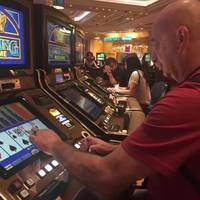