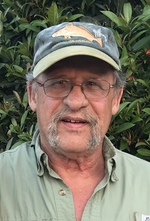 Thomas J. Langlois -69, passed away at the UVM McClure Miller Respite House on Thursday evening, March 7, 2019. He was born in Colchester on August 15, 1949, he was the son of the late Alfred "Arsene" Langlois and Augustine "Alice" (Dion) Langlois.

After being raised in Winooski, Tom served in the U.S. Navy. Following his time in the service, he started a career in commercial refrigeration, including running his own business, ICR. Tom was an avid hunter and fisherman who loved the outdoors, his antique vehicles, and spending time with his family and friends. Tom also enjoyed traveling and most recently spent his winters in Florida.

Visiting hours will be Monday, March 11, between 5:00-7:00 p.m. at the Lavigne Funeral Home, 132 Main St., Winooski, VT. A Mass of Christian Burial will be held Tuesday, March 12, at 11a.m. at the St. Francis Xavier Church in Winooski with internment following. A reception will be held in his honor at the Veterans of Foreign Wars John Ryan Post 1767, 6 Maple St., Winooski following services.

For those who wish, memorial gifts would be appreciated to the Veterans of Foreign Wars John Ryan Post 1767, 6 Maple St., Winooski, 05404 or McClure Miller Respite Home 3113 Roosevelt Highway Colchester, VT 05446.

All rights reserved. This obituary is also archived at obittree.com