To share your memory on the wall of Francis Cain, sign in using one of the following options:

Print
Francis Joseph Cain peacefully passed away in the presence of his family on March 14, 2019. Francis was born on December 20, 1922 at Fanny Allen Hospital in Colchester, Vermont, to Leo and Mary Elizabeth Carpenter Cain.

Francis was a gr... Read More
Francis Joseph Cain peacefully passed away in the presence of his family on March 14, 2019. Francis was born on December 20, 1922 at Fanny Allen Hospital in Colchester, Vermont, to Leo and Mary Elizabeth Carpenter Cain.

Francis was a graduate of Cathedral High School in 1940. In 1943 he received a Bachelor of Arts degree in English Literature from St Michael’s College. Following graduation, he enlisted in the Navy and entered U.S. Officers Training School. He was commissioned an Ensign in 1943 and served his country during WWII in the Mediterranean, European and Pacific Theaters of operation in the amphibious fleet. On June 6, 1944, Francis took part in the D-Day Landing at Normandy Beach, France. He transported occupation troops to Hokkaido, Japan following the surrender and end of WWII. He was the last Commanding Officer of LST 309 in 1946.

He returned to Burlington after the war and married the love of his life, Mary Jane Allen, of Essex Junction on November 8, 1947. Together they raised a family of 10 Children.

Under the guidance of his father Leo, he entered the Property-Casualty Insurance business in Burlington, Vermont and eventually established Cain Insurance Agency. Francis was the first person in Vermont to achieve his CPCU designation. Cain Insurance later merged with Hickok and Boardman Inc. in 1969. Francis was active in the Hickock and Boardman Agency for the balance of his professional career, serving as General Manager for the Property-Casualty Division until retirement in 1988.

Francis served as Mayor of Burlington for three terms from 1965-1971 and Alderman from Ward 1 from 1962-1965. He served on the Board of Directors of the Chamber of Commerce, Greater Burlington Industrial Corporation, The United Way of Chittenden County and The University of Vermont Medical Center. He initiated The Burlington International Games with The Mayor of Burlington, Ontario. The B.I.G. games were a free athletic competition available to Burlington kids for more than 30 years.

He is survived by his wife of 71 years Mary Jane Allen Cain , his ten children; Michael Cain (Joanne Wells) of Fairfax, William Cain (Marilee) of South Hero, Carolyn Cain Breiner (Thomas) of Swanton, Thomas Cain (Clarissa Holmes) of Sharon, Martha Cain (Byron Baribeau) of Sharon, Patricia Cain Haynes (Michael) of Stowe, Betsy Cain Nelson (Ted) of Milton, Susan Cain O’Brien (William) of Winooski, Barbara Cain Cousins (Glen) of Burlington and Brian Cain (Lilli) of Montpelier. In addition, he loved his 27 grandchildren and 20 great grandchildren, with one on the way. Each one was “The Best Kid in Town”.

Francis was predeceased by his parents Leo and Bess, his brothers R. Nolan Cain and L. John Cain and his sister Mary Virginia Cain RSM.

A Mass of Christian Burial will be celebrated at Chapel of Saint Michael the Archangel on the campus of St Michael's College on Friday, March 22, at 1:00 PM. Calling hours will be at LaVigne Funeral Home and Cremation Service in Winooski on Thursday, March 21 from 4:00 -7:00 PM. In lieu of flowers please consider a donation in Francis’s name to Mercy Connections, 255 South Champlain St, Burlington, VT 05401 or UVM Health Network (VNA), 1110 Prim Road, Colchester, Vermont 05446.
Read Less

We encourage you to share your most beloved memories of Francis here, so that the family and other loved ones can always see it. You can upload cherished photographs, or share your favorite stories, and can even comment on those shared by others.

Posted Mar 18, 2019 at 09:57pm
Dear Mrs. Cain, Betsy and the whole Cain Family:
Pat and I send our deepest condolences in the passing of your loved one Francis, Dad, Grandpa, Great Grandpa and friend.
We hope the "MANY" happy memories of your life with your loved one will help you during this difficult time.
We send our love and prayers.
Pat and Ginny McKenzie
Comment Share
Share via:
SM

Posted Mar 16, 2019 at 06:19pm
All the best to the Cain family. I will be away this week - preventing a personal greeting and condolence.
"Distant hills are green" 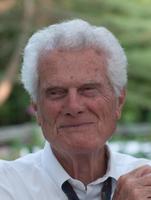