To share your memory on the wall of Joseph Moreau, sign in using one of the following options:

Al joined the Navy and entered WWII at the age of 17 and was later recalled to active duty for the Korean Conflict. He served as an Aviation Machinist Mate III maintaining F4U Corsair and F6F Banshee aircraft on the decks of the Tarawa, Shangri La, FDR, Saipan and Oriskiny aircraft carriers. Following Korean service, Al returned to his job in Burlington as Club Steward at the Ethan Allen Club where he worked for 28 years.

Al was a member of the VFW, American Legion, Elks and finally became a lifetime member of the Ethan Allen Club he faithfully served for so many years

Al's work and personality allowed him to meet and befriend a host of people in the local area. He will be remembered for his work ethic, quick wit and contagious smile. Few people could tell a joke as well as Al. He always took time for his family and enjoyed life through fishing, camping, boating and family events.

Al was predeceased by his wife Merle, his daughter Carlie and 2 dear friends Claudette Smith and Beverly Audette. He is survived by his daughter Paula Lyon and her husband Jeff of Waterbury Center and Bonita Springs Florida and their sons Jeffrey Jr. (Lisa), and Todd (Reid Kirchhoff), his son Gary and wife Lynn of Essex Junction and their children Matthew (Rebecca), Christine, and Bryan (Melissa Skinner), his son Mark and wife Mary of Avondale Arizona and their sons Justin (Sarah) and Patrick (Rachel) and Carlie's children Tara (Dan) McWhorter and Shaun (Sara) Grimm. He is also survived by his great-grandchildren, Liam, Madilyn, Allison, Maclan, Emma-Lynn, Winston, Phoenix, Carson, Kaycee, Garrett, Larkin, Brayden, Colten, Tristen and great great grandson Gunner.

The family would like to thank the staff at Elderwood of Burlington, formerly Starr Farm Nursing Center and UVM Home Health and Hospice.

We encourage you to share your most beloved memories of Joseph here, so that the family and other loved ones can always see it. You can upload cherished photographs, or share your favorite stories, and can even comment on those shared by others.

Posted Mar 27, 2019 at 08:45am
Our deepest condolences to the family of Mr. Moreau. I enjoyed visiting him at Elderwood/Starr Farm for so many years. He was quite a character and a joy to chat with each week! May he rest in God's eternal peace.
Comment Share
Share via: 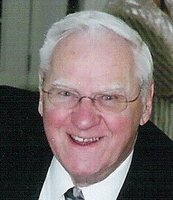