To share your memory on the wall of Edmond Guilmette, sign in using one of the following options:

Ed served in the National Guard from March 2, 1950 to September 4, 1950. He subsequently entered the U.S. Army during the Korean War conflict where he served as Army cook in the 206th Field Artillery Regiment. He received the Army of Occupation Medal Germany. During his time of service, Ed married the love of his life, Annette Soutiere Guilmette, on September 25, 1951. He was predeceased by his loving bride on November 9, 2010. Together they shared a lifelong marriage of 58 years. Ed and Annette bought their family home on River Street in Winooski and raised six children.

Ed worked as an autobody repairman before he transitioned to General Electric Armament and Electrical Systems in Burlington where he worked for nearly forty years. Ed was a fun-loving prankster and the king of dad practical jokes, known to go out of his way to crack a smile and so much fun to be around. He had an infectious personality that was larger than life. He lit up a room with his quick wit and humor. He was the unofficial engineer, auto mechanic, carpenter, and handyman of his family, friends, and neighbors. He specialized in all the cool dad stuff, like whistling through a blade of grass, skipping stones on the lake, lighting firecrackers from a cigar, building ice rinks in the yard and his kids' bikes from scratch. His trademark stubbornness will not be forgotten and serves to remind us how deeply he knew what he wanted.

Ed loved his children with all of his heart. He will be deeply missed by his daughter, Margret Stackman, and her husband, David; son, Ed Guilmette, Jr., and his wife, Amy; daughter, Julie Chappell, and her husband, Rick; son, Neil Guilmette, and his wife, Michelle; son, John Guilmette; daughter, Christine Guilmette and her longtime partner, Scott Hall. We may not have entered the world through his body, but we surely entered the world through his heart.

The family wishes to extend their deepest gratitude and appreciation to Dr. Hannah Rabin of Richmond Family Practice, and the amazing team at UVM Home Health and Hospice for their kindness, empathy, education, compassion, and support.
Read Less

We encourage you to share your most beloved memories of Edmond here, so that the family and other loved ones can always see it. You can upload cherished photographs, or share your favorite stories, and can even comment on those shared by others.

With love from your ATF Boston Field Division Fami sent flowers to the family of Edmond Everett "Sonny" Guilmette.
Show you care by sending flowers

Posted Jun 18, 2019 at 03:39pm
My deepest sympathy for your loss. May you find comfort in Jehovah God’s promise to swallow up death forever and soon end all our suffering. (Rev. 21:3-5; Isa. 25:8) Peace to you during this difficult time.
Comment Share
Share via:
WF

With love from your ATF Boston Field Division Fami

Posted Jun 18, 2019 at 02:37pm
Julie and Family please accept our most heartfelt sympathies for your loss... Our thoughts are with you and your family during this difficult time.

With love from your ATF Boston Field Division Fami purchased flowers for the family of Edmond Guilmette. Send Flowers 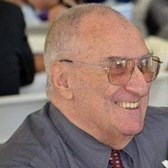