To share your memory on the wall of Charles Shohet, sign in using one of the following options:

Print
Charles Shohet, 57, passed away unexpectedly on Tuesday, June 18th, 2019 in his home in Colchester, Vermont. He was the husband of Stephanie Shohet. They shared nearly 14 years of marriage.

Born in London, England on October 30, 1961, h... Read More
Charles Shohet, 57, passed away unexpectedly on Tuesday, June 18th, 2019 in his home in Colchester, Vermont. He was the husband of Stephanie Shohet. They shared nearly 14 years of marriage.

Born in London, England on October 30, 1961, he was the son of Vivian and Leslie. He was employed at Superior Technical Ceramics and worked as a machinist.

He served in the United States Army for eight years. He enjoyed hunting, fishing, playing poker and cheering on his favorite team, the New York Giants. He will be remembered for his ingenuity, kindness, generosity, loyal friendships and strong work ethic.

He is survived by his wife, Stephanie, his children, Leslie, Robert and his wife Kathlyn, his grandchild, Dimitri, all of Sierra Vista, Arizona, his siblings Bryan Shohet and Joyce Griggs and his step-children, Rexana and Ivy. He was predeceased by his parents, Vivian and Leslie.

A private service will be followed by a celebration of Charles’ life on Saturday, June 22nd at the Clover House (471 Church Rd, Colchester, VT 05446) at 4:00pm.

We encourage you to share your most beloved memories of Charles here, so that the family and other loved ones can always see it. You can upload cherished photographs, or share your favorite stories, and can even comment on those shared by others.

Margaret Tamulonis and Love from the Vinings sent flowers to the family of Charles V Shohet.
Show you care by sending flowers

Posted Jun 22, 2019 at 08:39pm
Charlie and Stephanie treated me like family. It was a fast formed true friendship. She will be my friend forever, and, I will miss Charlie forever. He was truly, without a shadow of doubt, one of the really good ones.
Comment Share
Share via:
M

Posted Jun 22, 2019 at 11:02am
Charlie was always welcoming and kind whenever I visited their home.
His t-shirts often made me laugh and he was great at getting a bonfire going!
My sincere condolences to his loving family.

Posted Jun 22, 2019 at 08:12am
Family and friends you have my deepest sympathy. This is a difficult time for most. There are basic things that can help anyone get through the pain no matter what age, gender or religious beliefs. Many have been helped with the twelve basics or just a few. You can go to jw.org and get the basics with no cost ever. See the article “Help for those who grieve “ in the magazine section. Anyone can get help and comfort.
Comment Share
Share via:
HS

Flowers were purchased for the family of Charles Shohet. Send Flowers

Posted Jun 21, 2019 at 09:54am
For Charlie, with loving sympathy for Steph and beautiful family. Love from Margaret Tamulonis, friend and student, and her mother Margaret Harrington 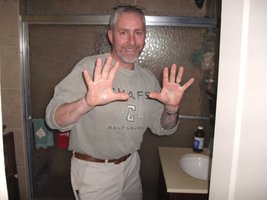