To share your memory on the wall of Donald King, sign in using one of the following options:

Provide comfort for the family of Donald King with a meaningful gesture of sympathy.

We encourage you to share your most beloved memories of Donald here, so that the family and other loved ones can always see it. You can upload cherished photographs, or share your favorite stories, and can even comment on those shared by others.

Posted Jul 05, 2019 at 07:23am
Mary Jane and family... our love thoughts and prayers are with you at this time. So many memories of Don came flooding back when we saw he had passed. Such a fun loving , always positive man. Please accept our most sincere sympathies. Dennis and Sandie LaBonte, Zephyrhills Florida
Comment Share
Share via:
JM 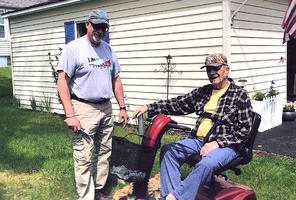