To share your memory on the wall of Janet Lopes, sign in using one of the following options:

Provide comfort for the family of Janet Lopes with a meaningful gesture of sympathy.

Print
Janet T. Lopes passed away peacefully on August 2, 2019 at the McClure Miller Respite Home in Colchester, VT surrounded by her family.

She was born on November 2, 1943 to Adrien & Roseanne (Menard) Thibault in Burlington, VT. She graduat... Read More
Janet T. Lopes passed away peacefully on August 2, 2019 at the McClure Miller Respite Home in Colchester, VT surrounded by her family.

She was born on November 2, 1943 to Adrien & Roseanne (Menard) Thibault in Burlington, VT. She graduated from Burlington High School in 1961 and attended Champlain College. In 1962 she married Ray Lopes and had her two boys, Randy and Jim, whom she adored. She married her second husband, Gerald Dupont in 2006. She was a homemaker for many years before starting at the Credit Bureau in 1977. She then went into banking, retiring in 2006 from the Chittenden Trust Company. Janet was involved with many organizations throughout her life. She served on the Boy Scouts Green Mountain Council for 15 years, earning the Silver Pelican District Award of Merit, secretary for the UVM Extension Service, president of the PTO at C.P. Smith School, and worked with her father at Thibault Construction. She also enjoyed volunteering, giving her time to the VT Assoc. for the Blind, coaching Stunt Night at Rice H.S., planning her class reunions, and much more.

Janet loved family. Her grandchildren were a big part of her life and she treasured spending time with them. Whether it was having lunch together, doing chores or attending their events throughout the years from softball/baseball, soccer, field hockey, lacrosse, football, racing, dance, chorus and school plays. She enjoyed taking part in their lives. Janet was also very proud of her extended family. She knew all the history, past and present, and took pride in sharing this information. Janet was very active, keeping herself busy with square dancing, swimming and most recently Tai Chi. She was also an active member of the Elks Club 916.

Janet is survived by her mother Roseanne Thibault, sister Sandra Gazo, son Randy (Kari) Lopes and their children Meaghan, Dennis, Mackenzee and Haydn, son Jim (Lisa) Lopes and their children Andrew, Emily and Sam, nephews Matt Gazo and family, Tim Gazo and family and many aunts, uncles and cousins. She was predeceased by her father Adrien Thibault in 2008 and husband Gerald Dupont in 2016.

In lieu of flowers, donations can be made to St. Jude Children's Research Hospital.
Read Less

We encourage you to share your most beloved memories of Janet here, so that the family and other loved ones can always see it. You can upload cherished photographs, or share your favorite stories, and can even comment on those shared by others.

Posted Aug 06, 2019 at 10:05am
With sadness we heard about our special friend, Janet T. Lopes. What a loss to the world, she made everyone feel happy when she was present.
Marie & I will not be able to pay our respects in person for we are traveling out of state during the visiting hours as well as Mass .
Our Condolences to the Lopes, Thibault families on this sad occasion. 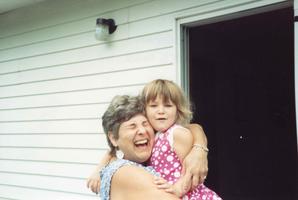 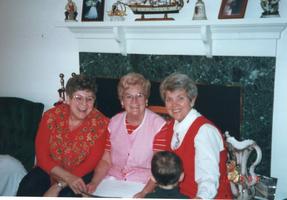