To share your memory on the wall of Robert Roy, sign in using one of the following options:

Provide comfort for the family of Robert Roy with a meaningful gesture of sympathy.

Bob cherished his extended and immediate family, especially relishing summer days spent at camp Idle-A-While in Woodbury, VT and attending the many wedding receptions a large family brings. He loved to fish and hunt, spending many memorable seasons with his son Matthew and long-time friend, Tim Burke. He played piano by ear, inspiring the musical career of his son, Brennan. He was an amazing dancer, and his daughters Peggy and MJ loved dancing with him at every opportunity.

Bob embraced the Catholic faith with sincerity and commitment, setting a stellar example of Christianity for his children and all those he encountered. He was a man of tremendous integrity, honesty and incomparable work ethic.

Bob will be missed, and his memory cherished by many. He leaves his devoted wife, Mary Jane Roy of Essex Junction, VT; his son Brennan and wife Melissa of Alexandria, VA; daughter Peggy and her husband John Portelance of Williston, VT; daughter MJ and husband Jim Griffin of Orlando, FL; and son Matthew and wife Ann of Swanton, VT. Bob also leaves seven grandchildren and a great grandson. He loved his many nieces and nephews deeply and had many cherished friends and siblings. Bob is survived by two sisters, Anita Sequin and Diane Elkins as well as two brothers, Bernard and Donald Roy. Funeral services for Bob will be at St. Pius X Church in Essex Junction, VT at 11:00am on Saturday, the 17th of August.
Read Less

We encourage you to share your most beloved memories of Robert here, so that the family and other loved ones can always see it. You can upload cherished photographs, or share your favorite stories, and can even comment on those shared by others.

Lori and Matt, Leslie Smith, and others have sent flowers to the family of Robert "Bob" Roy.
Show you care by sending flowers

Posted Aug 13, 2019 at 10:24pm
Sending our love and prayers. Wish we could be there with you all to celebrate the life of such a special man!

Lori and Matt purchased flowers for the family of Robert Roy. Send Flowers

Posted Aug 12, 2019 at 10:59am
Mary Jane and family,
We are so sorry to hear of Bob's passing. It was so nice to visit with you recently. We hold all of you in our hearts.
Kathy Horton and Horton Family
Comment Share
Share via:

Posted Aug 11, 2019 at 03:16pm
I echo my sister's kind words! And my first thought was that my mom was up there to greet him, with a cup of hot tea and a fresh batch of doughnuts that Polly Peters just pulled from her oven.... Our deepest sorrows and kindest thoughts are expressed to the whole Roy family. He indeed was our second father and may his light shine on!!! He will truly be missed. 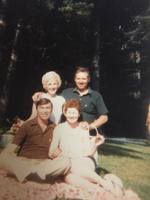 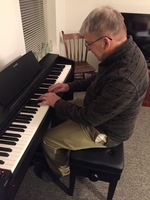 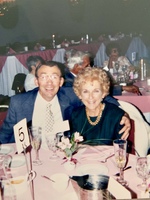