To share your memory on the wall of Tony Birchmore, sign in using one of the following options:

Provide comfort for the family of Tony Birchmore with a meaningful gesture of sympathy.

We encourage you to share your most beloved memories of Tony here, so that the family and other loved ones can always see it. You can upload cherished photographs, or share your favorite stories, and can even comment on those shared by others.

Posted Aug 15, 2019 at 02:36pm
I will never forget growing up being at uncle tony and barb's home in richmond all of us kids playing downstairs while the adults played cards I spent many weekends and nights at my uncle's home going four wheeling watching movies having cookouts and so many other things I will always remember him calling me Olive oil because I was so thin growing up haha gosh I hated it so much but loved my uncle so much it didnt care to say anything!! I can soo his smile still and hear his laugh i will hold the memories close to my heart i wish he was able to know my son a little more but about a month back he did finally meet him and played with him for about an hour on the floor at gramma and papa sweetaers Carter loved him so much right off and got Carter that dont happen too often hes so picky when it comes to people!! I am going to miss you uncle tony i already do I believe ur with uncle David going to the Races and finally back with ur best friend with that I am happy and I do know you both are watching over me and my baby boy and our family and friends!!! Until we meet again Fly High and rest easy !!!!! From your neice porschea Marie sweetser AKA Olive Oil
Comment Share
Share via: 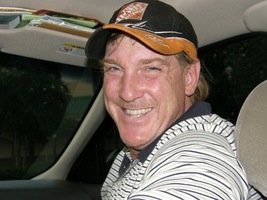