To share your memory on the wall of Michael Dattilio, sign in using one of the following options:

Provide comfort for the family of Michael Dattilio with a meaningful gesture of sympathy.

Mickey was born in Burlington, Vermont to Michael and Jeannine Dattilio on Easter Sunday, March 25, 1951. He was a 19... Read More
CSM (Retired) Michael D. “Mickey” Dattilio, 68, passed away unexpectedly on August 20, 2019, doing what he loved.

Mickey was born in Burlington, Vermont to Michael and Jeannine Dattilio on Easter Sunday, March 25, 1951. He was a 1969 graduate of Rice Memorial High School, and in 1987 earned an Associates Degree from Community College of Vermont. He began his military career in 1969.

On January 9, 1971 after six years as childhood sweethearts, Mickey married his love, Happy Giroux. They started life together at Fort Meade, Maryland and returned to Vermont where they made their home in Essex Junction, Vermont. Together they raised three children. In 2002, their dream was realized when they found “Graceland”, their camp on Lake Champlain in North Hero, Vermont. Together they were most proud of their three children and seven grandsons.

Mickey began his military career with basic training at Fort Dix and Fort Eustis and swiftly found his way to become a UH-1 helicopter mechanic in the Republic of Vietnam. Upon his return, he continued in aviation at Fort Meade, Maryland as a Crew Chief and helicopter mechanic for the First Army General. After being discharged honorably from the Army, he returned to Vermont and joined the Vermont Army National Guard where his aviation career continued. He went on to become Crew Chief, UH-1 Tech Inspector, and Platoon Sergeant. In 1982, he became First Sergeant and served in that capacity for ten years. In 1992, he became a Command Sergeant Major. In 1997, he left aviation when he was chosen to be Vermont State Command Sergeant Major, the highest rank a noncommissioned officer can achieve. He served under the leadership of MG (Ret) Martha Rainville and then under LTG (Ret) Michael Dubie until his retirement in 2011. During this tenure he traveled the world to support our soldiers in Iraq, Afghanistan, Kuwait , Kosovo, Macedonia, Senegal and numerous other countries. The hardest and most impactful time in his career was the time he spent with the Gold Star families. Their ultimate sacrifice was never forgotten by Mickey. Throughout Mickey’s career he earned a significant number of awards and decorations including the Legion of Merit, Meritorious Service Medal, Air Medal (1st OLC), Vietnam Service Medal, Vermont National Guard Medal of Merit and the St. Michael Award.

Mickey’s forty-two year military career was very important to him, however, time spent with family was most precious and he loved them fiercely. His greatest joy came from supporting his three children in all of their endeavors. He was so proud that they each earned a college degree and went on to have successful careers. Mickey was always close by with a listening ear, a helping hand, a warm heart and sound advice. This support continued with his precious grandsons. He had many titles throughout his military career but his most cherished title was that of “Grandpa”.

Mickey loved fishing and hunting and being outdoors but he will always be remembered for his kindness, caring and concern for all people. He was a remarkable man and spent his life in service to others. A little piece of Mickey lives on in all of us. He was loved by so many and will be missed by the masses.

For those who wish to make contributions, memorial donations can be made in Mickey’s name to the North Hero Volunteer Fire Department, P.O. Box 132, North Hero, Vermont 05474 to be used for the NHVFD Marine/Ice Rescue Program.
Read Less

Tommy & Nikki Martello, Love Nicholas and Belinda Boit, and others have sent flowers to the family of Michael Dennis "Mickey" Dattilio.
Show you care by sending flowers

Posted Aug 28, 2019 at 07:40am
To Happy and her beautiful family: We last met in 1983 at my Father's funeral. Ginny and I came to Mickey's service last Sunday, but were unable to make it inside to see you because of the tremendous and adoring crowd also attending. Over the years, I have thought of you and Mickey quite often and how much my Father thought of you and your then young family and friendship. Despite your loss, you are blessed to be surrounded with a large and loving family and a wide circle of close friends that will comfort you forever.
Brant & Ginny Duffy, Rutland, VT
Comment Share
Share via:

Posted Aug 27, 2019 at 10:32am
Happy, Pat and family,
My deepest condolences to you and your family. I'll always remember his smiling face at Justin's games. May he rest in peace.
Michelle and Patrick O'Donnell
Comment Share
Share via:
TM

Posted Aug 26, 2019 at 02:37pm
Our thoughts and prayers are with you and your family. We are very sorry for your loss and are keeping you all in our thoughts.

Posted Aug 25, 2019 at 08:30pm
Please accept our condolences at this difficult time. I got to know and work with Mickey starting in July of 1985 when I transferred to “Aviation Company at BLDG 890” to continue my military career after 11 years in law enforcement. Mickey really cared for his soldiers and went above and beyond as first sergeant and CSM. As I was, also, a full timer Mickey also became a friend and we had many talks about deer hunting, especially in Maine. He loved to hunt and fish. After I turned 60 and had to retire in 2008 I lost contact with the friends I had made in the military, but quite often I would think of my time in the army and VTARNG and Mickey would be part of those thoughts. This has been a very difficult summer for your family with the loss of Mickey’s mother in June. Please know our thoughts and prayers are with you, and that someday you will all be together again.

Posted Aug 25, 2019 at 09:41am
Please accept our most heartfelt sympathies for your loss... Our thoughts are with you and your family during this difficult time. 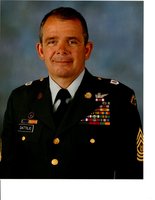 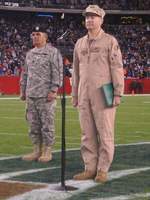 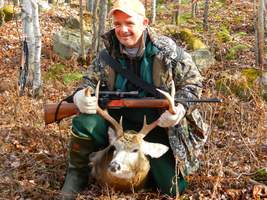 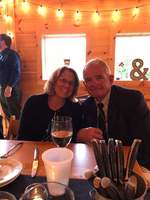