To share your memory on the wall of Anita Cummings, sign in using one of the following options:

Provide comfort for the family of Anita Cummings with a meaningful gesture of sympathy.

Print
On Friday, September 20, 2019 Anita June (Barber) Cummings, 92, lifetime resident of Winooski, VT passed away peacefully at the McLure-Miller Respite House with family at her side.

Anita was the daughter of Charles A. Barber and Melina (... Read More
On Friday, September 20, 2019 Anita June (Barber) Cummings, 92, lifetime resident of Winooski, VT passed away peacefully at the McLure-Miller Respite House with family at her side.

Anita was the daughter of Charles A. Barber and Melina (LaFond) Barber. She married her high school sweetheart Bernard (Bernie) R. Cummings on January 15, 1949. Bernie predeceased Anita June 19, 2002. They raised their family in the house Bernie built next to her parents' house where Anita was born and raised. They had eight children. Anita was a devoted and loving wife, mother, memere, “Aunt T” and friend. She will be greatly missed by all.

In addition to her parents and her son Daniel, Anita was predeceased by her brothers George and Charles Barber, and by her sisters Helen Denio, Etta Arcan and Lorraine Campbell.

A Mass of Christian Burial will be held at St. Stephen's Church, 115 Barlow Street, Winooski on Saturday, October 19 at 10:00 a.m.. Burial to follow at the St. Francis Xavier Cemetery on Weaver Street, Winooski.

We encourage you to share your most beloved memories of Anita here, so that the family and other loved ones can always see it. You can upload cherished photographs, or share your favorite stories, and can even comment on those shared by others.

The Cheeseman Insurance Family sent flowers to the family of Anita June Cummings (Barber).
Show you care by sending flowers

Flowers were purchased for the family of Anita Cummings. Send Flowers 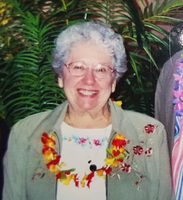 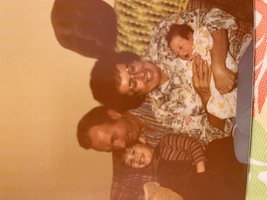