To share your memory on the wall of David Holmes, sign in using one of the following options:

Provide comfort for the family of David Holmes with a meaningful gesture of sympathy.

David later served in the U.S. Army, where he was stationed in Germany for 3 years. He was honorably discharged from service in 1959. He then met the love of his life, Rita Wheel, who he married on May 13, 1961.

After more than 30 years with Champlain Cable, where he worked as an engineer designing wiring for space rockets used by NASA, David settled into retirement. He spent his retirement years working a number of jobs including various delivery and courier services. As a devout Catholic, he also served as an usher in the church for many years.

One of David's greatest loves in life was the stock market. It was not uncommon to find him watching the stock market ticker on TV, reading about the stocks, or watching many news reports about stocks. And, he was always willing to talk stocks with anyone who was interested in listening.

David also enjoyed watching sports on TV including golf, baseball, football, basketball, and hockey. He was a lifelong fan of the Boston Red Sox and New York Giants, and thoroughly enjoyed watching Tiger Woods on the golf course. When he wasn't watching sports, he was playing them. He spent many hours golfing and bowling, especially with his best friends Burt Bushey and Al Williams.

David is pre-deceased by his wife Rita Wheel Holmes, his daughter Karen Cabral, his mother and father, Jesse and Florence Holmes, and his sister Clara Nelson.

The family would especially like to thank caregivers and nurses The Arbors at Shelburne and Bayada Hospice for taking such good care of David through his battle with Lewy Body Dementia.

In lieu of flowers, please consider making a donation to the Alzheimer's Association in honor of David.
Read Less

We encourage you to share your most beloved memories of David here, so that the family and other loved ones can always see it. You can upload cherished photographs, or share your favorite stories, and can even comment on those shared by others.

Everyone at Munson Earth Moving Corp. sent flowers to the family of David McHugh Holmes.
Show you care by sending flowers

Everyone at Munson Earth Moving Corp.

Everyone at Munson Earth Moving Corp. purchased flowers for the family of David Holmes. Send Flowers 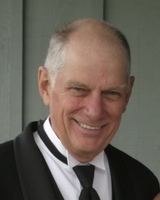