To share your memory on the wall of Edward Halpin, sign in using one of the following options:

Ed is survived by his wife of 60 years, Joan of Williston; son Jack (Jenny) and grandchildren Carter, Natalie, and Bryn of Seattle, WA; dau... Read More
Edward "Ed" Halpin died peacefully at home on December 2, 2019 in Williston, VT at the age of 84.

Ed is survived by his wife of 60 years, Joan of Williston; son Jack (Jenny) and grandchildren Carter, Natalie, and Bryn of Seattle, WA; daughter Jodi Rabidoux (Justin) and granddaughter Avery of Essex Junction, VT. Ed is also survived by his sister Dianne Sullivan of Wellesley, MA along with several nieces & nephews.

Ed was born on Oct 22, 1935 in Brooklyn, NY to Edward J. and Caroline Halpin. Ed graduated from Malden Catholic H.S., Massachusetts Maritime Academy and Tuft's University. He served as a pilot in the Navy from 1956 until 1962 and then began a 29 year career as a pilot at American Airlines. He served as a union representative for American Airlines at the Boston domicile and participated in several aircraft accident investigations at the request of the National Transportation Safety Board.

In retirement he enjoyed skiing with the Prime Time ski club at Sunday River Resort in Maine.

A Mass of Christian Burial is scheduled for 11:00 AM Friday, December 6th at Saint Lawrence Church in Essex Junction, VT, with a reception to follow at The Windjammer in South Burlington, VT. All are welcome to attend and celebrate Ed's life. In lieu of flowers, please consider a donation to Maine Adaptive Ski Program at 8 Sundance Ln., Newry, ME 04261.

Arrangements are under the care of LaVigne Funeral Home and Cremation Service.
Read Less

We encourage you to share your most beloved memories of Edward here, so that the family and other loved ones can always see it. You can upload cherished photographs, or share your favorite stories, and can even comment on those shared by others. 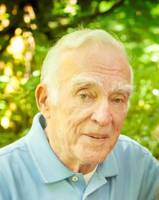