To share your memory on the wall of Charlotte Companion, sign in using one of the following options:

Print
Charlotte Companion peacefully passed away surrounded by her family at the Converse Home in Burlington on December 3rd.

Charlotte was born on January 9th, 1928, to Isabelle and Victor Barbeau. She lived her entire life in Winooski, until... Read More
Charlotte Companion peacefully passed away surrounded by her family at the Converse Home in Burlington on December 3rd.

Charlotte was born on January 9th, 1928, to Isabelle and Victor Barbeau. She lived her entire life in Winooski, until becoming a member of the Converse Home community in 2016. The most influential person in Charlotte's life was her mother, Isabelle. A truly remarkable lady, who shared and taught her young daughter life's values, the most important of these being Family, Friends and Faith. These three basic values guided Charlotte throughout her entire life. She loved being with family and friends. She had a gift of making everyone feel special and always cared more about their happiness and wellbeing then her own. She had a positive, uplifting effect on those around her.

As a young girl Charlotte made many friends that would last her entire lifetime. (Audrey, June, Katherine, Theresa, Norma, Barb and the two Shirleys) She and her friends attended the Winooski Schools and graduated from high school in 1947. These friends, their husbands and children became an important part of her life. For over 60 years these eight "couples" and their families stayed close. The eight families (LeDucs, Thompsons, Scotts, Collopys, Villemaires, Bouffards, St. Amours and Companions) could be found vacationing together, hosting each other at home parties or just spending Sundays together at the Sand Bar State Park. She continued to stay in close contact with her friends and their children to her last day.

In 1951 Charlotte married her high school sweetheart Don Companion. They were married 59 years until Don's passing in 2010. In their home, at 19 Roger Street, they raised their five children. Charlotte was a stay-at-home mother. This allowed her to spend quality time with her children to help them develop values that would guide them through life. Her house was always open to the neighbors and their children. They gathered there frequently for a swim, ball game, snack or just to talk. Like all grandparents, Charlotte's pride and joy were her grandchildren. She enjoyed spending days at the pool, watching and acting in their vaudeville shows, providing snacks, attending sporting events and just spending time talking with them. She took great pride in their many accomplishments. In the later stages of her life she developed the same type of relationship with her great -grandchildren. They called her GG and enjoyed visiting her at the Converse Home and family gatherings.

Charlotte had an unwavering devotion to her catholic faith. Over the years she was involved in many church activities. She helped found and volunteered for over 15 years at the St. Vincent DePaul Center at St. Francis Xavier Church. She served on the parish council and also sold advertisements for the weekly bulletin. Charlotte believed that her faith was a key to helping her twice defeat cancer. During these trying times, she never felt sorry for herself or asked why me? She always believed the Lord had a plan for her and because of her faith she had been rewarded with a great life. In fact she often said, "Life has been very good to me, better than I could have asked for or ever expected."

She is survived by a large immediate family, including her five children, Bryan and wife Vivian, Kevin and his special friend Sarah, Mark and wife Peggy, Mary and husband Lorenzo, Derek and wife Jennifer, ten grandchildren Cale, Max and Dane Whitcomb, Wendy Currier, Holly Companion, Keller Companion, Carly West, Katie Companion, Elizabeth Hill and Daniel Claflin and six great grandchildren Jehoshua Hance, Amelia and Izik Currier, and Ella, Carter and Brody West. She is also survived by her sister and brother in-laws, Rita and Jim Weston, Rene and Theresa Companion, Maureen Companion, Sue and Dave Turner, Pat and Randy Miller, Noella and Wolfgang Heuer, Pauline and Gilbert Barney and her many friends in Winooski and at the Converse Home.

The family wishes to thank Dr. Melissa Brandes for the many years of care, kindness and friendship she provided. We also want to thank the Converse Home staff and residents for the extraordinary care and friendship they gave our mother. She called Converse her home and thought of everyone there as part of her extended family.

A Mass of Christian Burial will be held at St Francis Xavier Church, in Winooski on Tuesday, December 10 at 11:00am. Interment will take place at a later date. A reception will take place after the mass at the Hampton Inn, located at 42 Lower Mountain View Dr, Colchester.

We encourage you to share your most beloved memories of Charlotte here, so that the family and other loved ones can always see it. You can upload cherished photographs, or share your favorite stories, and can even comment on those shared by others.

Posted Dec 09, 2019 at 06:28pm
The photo of Aunt Charlotte is perfect. That is exactly what comes to mind when you think of her. That smile says it all. The news of her passing is indeed sad and we want to extend our sincerest condolences. I’m sorry we are not there in person but thinking of everyone and encourage you to focus on all the good that things Charlottes’ time here are marked by. There are too many to ignore! All the best. 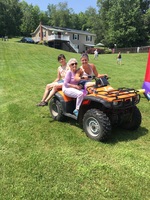 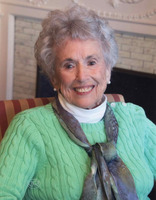