To share your memory on the wall of Patrick Perras, sign in using one of the following options:

Provide comfort for the family of Patrick Perras with a meaningful gesture of sympathy.

Patrick was born June 14, 1971 to Thomas E. and Shirley J. Perras (Randall), the youngest of three children. Growing up in Charlotte, V... Read More
Patrick J. Perras died January 2, 2020 at his home on Saint Helena Island, South Carolina. He was 48.

Patrick was born June 14, 1971 to Thomas E. and Shirley J. Perras (Randall), the youngest of three children. Growing up in Charlotte, VT, Patrick was known for his free spirit and sense of fun and adventure. His humor and mischievous smile were contagious. As a child, when his family couldn't find him, he was often found visiting with various friends in the neighborhood.

Upon graduation from high school, Patrick entered the army, honorably serving many years in combat overseas, including the Gulf War in 1991 and Operation Iraqi Freedom in 2003. He served with distinction and honor and was very proud of his accomplishments in the military. During his career he earned the Bronze Star Medal, the Meritorious Service Medal, four Army Commendation Medals, five Army Achievement Medals, six Army Good Conduct Medals, among other notable achievements. Later, he continued his career as an accomplished recruiter in the Army National Guard until his retirement from military service as a First Sergeant.

Pat enjoyed fishing, something he loved doing with his son, Aarian. After retirement, he spent many hours gardening and relaxing by the pool in the warmth of South Carolina with his beloved Annie. Pat also loved animals and took great comfort in the many pets he befriended over the years.

Patrick is predeceased by his father, Tom. He leaves behind his son, Aarian; devoted and loving mother, Shirley; sister Lisa Solomon, her husband Daren, their children Jackson & Elena; brother Tom, his children Brehanna & Alexandra and his great love, Anne Ellis. Pat also leaves many aunts, uncles, cousins and friends who loved him very much.

A Mass of Christian burial will be held at 11:00 am Friday January 10 2020 at St. Francis Xavier Catholic Church Peter St. Winooski, VT. Arrangements are under the care of LaVigne Funeral Home and Cremation Service.

As Pat wished, in lieu of flowers, his family requests that donations be made to the Wounded Warrior Project, supportwoundedwarriorproject.org or Humane Society International, donate.hsi.ora/SaveAnimals.
Read Less

We encourage you to share your most beloved memories of Patrick here, so that the family and other loved ones can always see it. You can upload cherished photographs, or share your favorite stories, and can even comment on those shared by others. 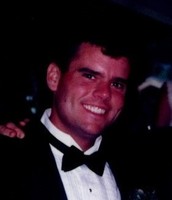