To share your memory on the wall of Theresa Marcelino, sign in using one of the following options:

Print
Theresa L. Marcelino, 87, passed away peacefully January 22, 2020 surrounded by her family. She had battled with Alzheimer's disease for several years. Theresa was born in Winooski, Vermont on August 20, 1932.

She was predeceased by her ... Read More
Theresa L. Marcelino, 87, passed away peacefully January 22, 2020 surrounded by her family. She had battled with Alzheimer's disease for several years. Theresa was born in Winooski, Vermont on August 20, 1932.

There will be no calling or viewing hours. There will be private burial in the spring or early summer of 2020. In lieu of flowers donations may be sent to the Alzheimer's Association of Vermont. Arrangements are in the care of LaVigne Funeral Home and Cremation Service.
Read Less

We encourage you to share your most beloved memories of Theresa here, so that the family and other loved ones can always see it. You can upload cherished photographs, or share your favorite stories, and can even comment on those shared by others.

Plant a Tree in Memory of Theresa
Plant a tree 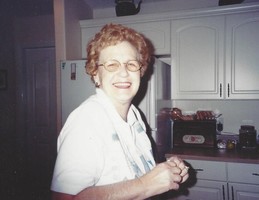