To share your memory on the wall of Robert Gamelin, sign in using one of the following options:

Provide comfort for the family of Robert Gamelin with a meaningful gesture of sympathy.

Tex graduated from Winooski High School in 1953. Instead of waiting to be drafted, he enlisted in the US Army shortly after graduation and was deployed and stationed in Wildflecken, Germany from 1954-1956. In 1959, he married Monica Dorey, also from Winooski. They were happily married for 42 years. He worked at Green Mountain Power for 38 years, retiring in 1995 as Western Division Field Representative.

An avid sports fan, Tex played football, basketball and baseball as a Winooski High School Miller. He played softball in the 60's and 70's for various Winooski teams. He was a big fan of the Montreal Canadiens, enjoying Hockey Night in Canada on Saturday nights with his family. Tex loved the New York Yankees, Mickey Mantle being his favorite player. Watching Notre Dame football was also a favorite pastime.

Other pastimes included fishing, hunting, dancing, photography, puzzles, finding unique pieces of driftwood, solving word jumbles in the newspaper, and most of all, spending time with his family. After retirement, he volunteered for Meals on Wheels for several years.

He is survived by his partner of 18 years, Lorraine Greenough; his three children, Donna Gamelin of Winooski, Leslie and Jeffry Turner of Winooski, and Jason and Katherine (Roy) Gamelin of Colchester; and his grandchildren, Colin and Holly Turner, Ethan and Aiden Gamelin, and Mathewson Turner. He is also survived by his sisters Lorraine Donahue, Claire (Robert) Mancini, Rita Moffett, Lucille (Peter) Minotti, and Doris (Rod) Broker, all of Florida; and his sisters-in-law Dorlene "Billie" Sullivan, Charlene "Charlie" (Alton) Kellett, Laurie Farrell and Mary Bessette. He is also survived by many nieces and nephews.

A Mass of Christian Burial will be celebrated on Friday, February 21 at 11:00 a.m. at St. Francis Xavier Church in Winooski. Per Tex's wishes there will be no visiting hours. Burial will be in St. Stephen Cemetery sometime in the spring. Arrangements are made through LaVigne Funeral Home and Cremation Service in Winooski. In lieu of flowers the family suggests memorial contributions in Tex's name to the Winooski Food Shelf, The United Methodist Church, 24 West Allen Street, Winooski VT 05404.
Read Less

We encourage you to share your most beloved memories of Robert here, so that the family and other loved ones can always see it. You can upload cherished photographs, or share your favorite stories, and can even comment on those shared by others.

Posted Feb 19, 2020 at 06:26pm
Uncle Tex was the “George Bailey” of our time! His life has left many wonderful ripples to anyone who came in contact with him! He has a special place in heaven and will be missed dearly! Many thoughts and prayers to my cousins in Vermont! Xxoo Maureen Eliasson
Comment Share
Share via:
JC

Posted Feb 14, 2020 at 07:19pm
At this sorrowful period in your life, please accept my sincerest condolences for the death of your loved one.  Reflecting on the divine promises found in the Bible will give you hope and strength to keep going until all of God's promises are fulfilled. (Romans 15:13; John 5:28, 29).
Comment Share
Share via: 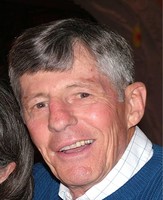