To share your memory on the wall of Bruce McCluskey, sign in using one of the following options:

He was born on February 26, 1948 in Burlington, Vermont the son of the late Henry an... Read More
Bruce T. McCluskey passed away peacefully March 2, 2020 at Our House Nursing Home in Rutland Vermont after fighting Parkinson disease for several years.

He was born on February 26, 1948 in Burlington, Vermont the son of the late Henry and June (Brouillard) McCluskey. He leaves his partner Elsie Daly of South Burlington, Vermont from their loving relationship of 28 years. He had a career at Green Mountain Power and retired after 25 years with the company. He was a loving father to his sons Brad McCluskey and his wife Tiffany and granddaughter Madisyn McCluskey of Deltona Florida. He was predeceased by his son Kevin McCluskey of Deland, Florida who passed away on 12/27/2013. He leaves behind Marc and Jo Daly of Colchester, VT - son and daughter-in-law of Elsie Daly. Tina Daly and her partner Cliff Bador - daughter of Elsie Daly. He leaves Marcia and Andrea Daly granddaughters of Elsie Daly. Sister Donna and her husband Gregory Mitchell of Burlington, VT. Brother Brian and his wife Marge McCluskey also of Burlington, VT.

Many nephews and nieces - Derek and his wife Jenn Mitchell of Milton, VT. And sons Brandon and Dylan Mitchell - Vikki and her husband Sean Peters of Isle LaMonte, VT and son Cayden and daughter Adriana Peters, Kelly and husband Ken Bushey of Vershire, Vt and son Trey. Kim Crady-Smith and her partner Jesse Howes of So. Wheelock, VT. Tres Crady-King and her husband Dave King and daughter Evie of Burlington, VT. Nephew Jason McCluskey predeceased his uncle on 2/11/2010.

He was a member and attended most of the events at the American Legion in Colchester, Vt. He was an avid motorcyclists annually rode in Toys for Tots. He also enjoyed snowmobiling and loved old cars.

The family would like to express our heartfelt thanks to the staff and personnel of Our House Nursing Home and hospice in Rutland. Everyone filled his final days with kindness and caring.

Donations may be made to Parkinson Foundation and Our House Nursing Home in Rutland VT. In lieu of flowers.
Read Less

We encourage you to share your most beloved memories of Bruce here, so that the family and other loved ones can always see it. You can upload cherished photographs, or share your favorite stories, and can even comment on those shared by others. 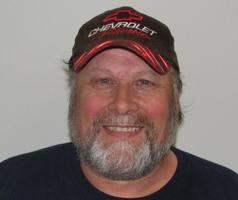